NUEVO LAREDO, Tamaulipas – Ten cartel gunmen died in two fierce shootouts with Mexico’s military. An innocent bystander was seriously injured in crossfire. The gunmen are part of the Cartel Del Noreste (CDN) faction of Los Zetas. At least two of the dead gunmen are believed to be current Mexican Army soldiers or deserters.

The two shootouts took place on the south side of the city. While Mexico’s federal government has not released any information, military sources shared some information with Breitbart Texas.

The shootouts began when a group of soldiers patrolling the streets of Nuevo Laredo encountered gunmen who started firing to cover their escape. The gunmen climbed into a Ford Raptor with Texas license plates as they sped off. The military forces requested backup and gave chase, reaching them near the Longoria neighborhood. Authorities described the gunmen as four aged 20 years or younger, while one of them was roughly 50-years-old. All wore military-style clothing with CDN-branded body armor. 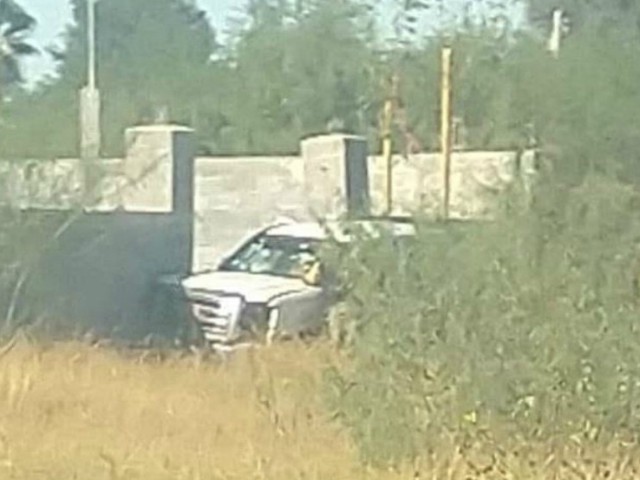 Soon after the first shootout, military forces clashed with a second SUV full of gunmen along the highway that connects Nuevo Laredo with Monterrey. The gunmen were riding in a 2007 GMC Sierra also with Texas plates. The gunmen fired at the military forces as they tried to flee, but crashed into an innocent motorist. A 34-year-old woman was caught in the crossfire and needed immediate medical attention after being struck by shrapnel in her face and eye. The troops were able to kill five additional gunmen in military-style uniforms with CDN body armor.

Editor’s Note: Breitbart Texas traveled to the Mexican States of Tamaulipas, Coahuila, and Nuevo León to recruit citizen journalists willing to risk their lives and expose the cartels silencing their communities.  The writers would face certain death at the hands of the various cartels that operate in those areas including the Gulf Cartel and Los Zetas if a pseudonym were not used. Breitbart Texas’ Cartel Chronicles are published in both English and in their original Spanish. This article was written by “Francisco Morales and J.C. Sanchez” from Tamaulipas.