How an American consumer feels about the economy increasingly depends on politics.

The University of Michigan’s index of consumer sentiment was virtually unchanged from its midmonth reading and September, hitting 81.8. That is 14.3 percent below the year ago level.

But beneath the numbers, a lot changed, according to the Surveys of Consumers chief economist, Richard Curtin.

“Fear and loathing produced this false sense of stability. Fears were generated by rising covid infection and death rates, and loathing was generated by the hyper-partisanship that has driven the election to ideological extremes,” Curtin said. 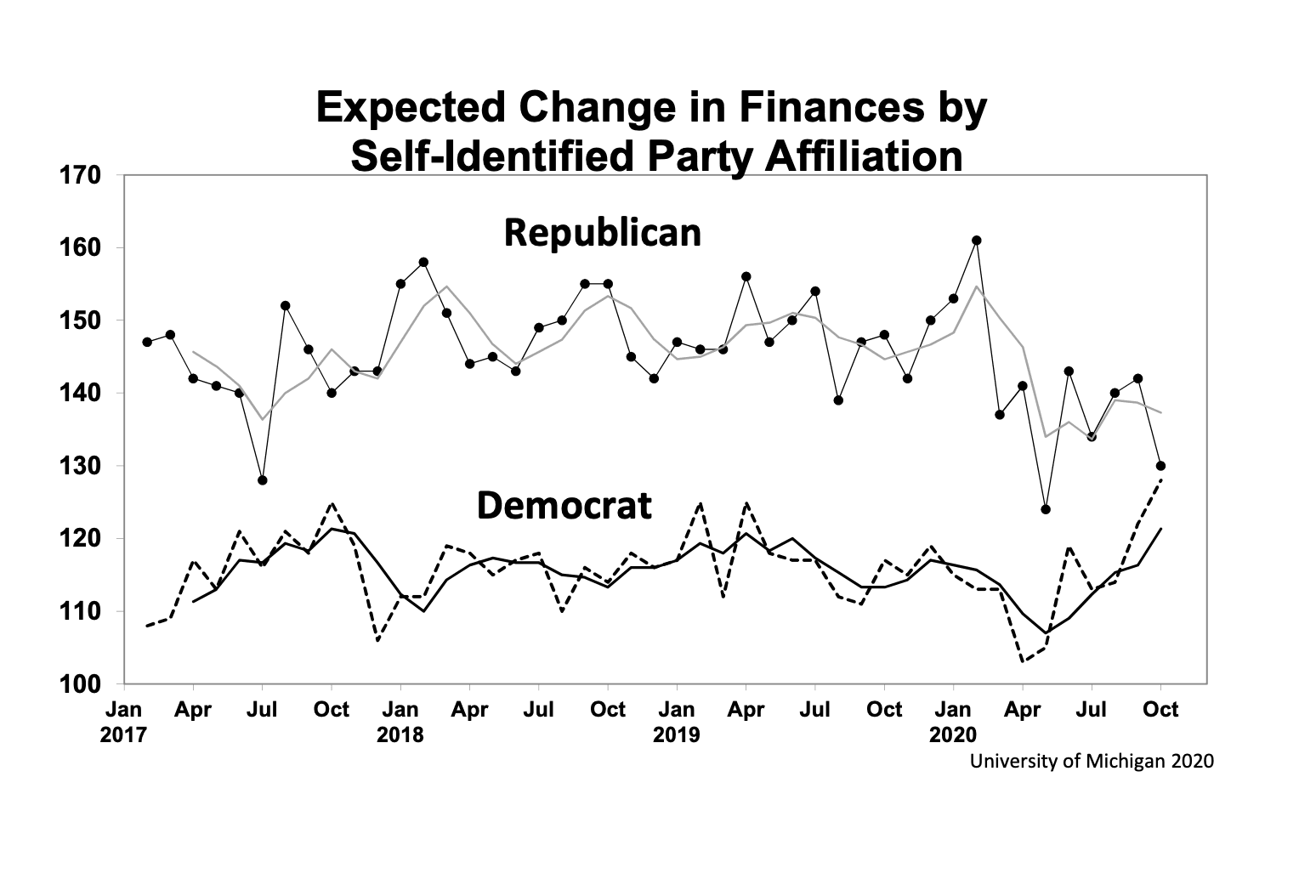 As noted when Trump won over Clinton in 2016, the economic expectations of Republicans and Democrats shifted in opposite directions and by large amounts given that two-thirds of all consumers incorrectly anticipated a Clinton victory. Since a Biden win over Trump (53% vs. 42%) was anticipated in the October survey, it should be no surprise that optimism among Democrats about their future finances rose substantially compared with Republicans. Importantly, for the first time in nearly four years, the financial expectations of Republicans and Democrats were nearly equal (see the chart). Compared with three months ago, the Expectations Index rose by 50% among Democrats but just 7% among Republicans. The outcome of the election can accelerate or narrow these partisan shifts, but unlike the 2016 election, renewed optimism now requires progress against the coronavirus and mitigating its uneven impact on families, firms, and local governments.

One interesting note is that Biden has far smaller of a lead in the survey than Clinton did in 2016.