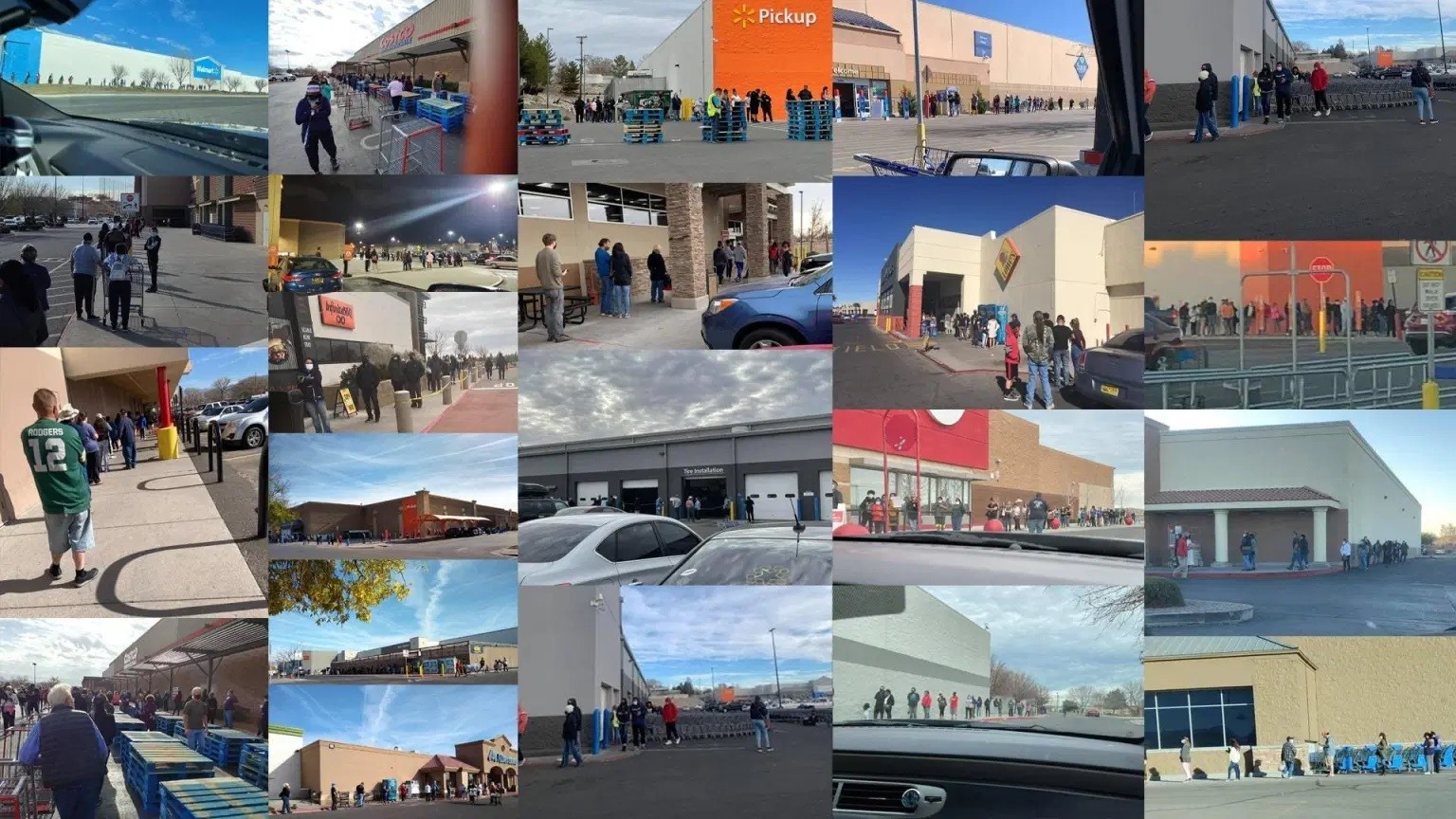 Long lines in the remaining grocery stores that are open in New Mexico. Image source.

A dozen grocery stores around the state have been forced to close for two weeks because of a public health order issued by Gov. Michelle Lujan Grisham at a time when the state’s residents are suffering from record high unemployment and food insecurity, critics say.

The order requires businesses with four or more rapid responses of COVID-19 cases reported within in a 14-day period to close for two weeks.

More than 25 essential businesses were shut down as of Monday afternoon, including a number of grocery stores and major retailers.

The state’s environment department has published a complete list of businesses that have been closed due to employees testing positive for COVID-19, as well as a watch list, and FAQ about the watch list.

Access to purchase food is now limited because of another order issued by the governor requiring capacity limitations at all stores. New Mexicans are now waiting outside, standing in line for up to two hours, local news reports indicate, which the governor’s office has disputed.

The governor’s office said, “The state is not forcing anyone to stand in a crowded line, as you suggest,” in response to requests for comment from KOB4 News TV.

But John Block at PInon Post says the governor’s office claims are “untrue and easily disprovable.” He posted photos of New Mexicans waiting in long lines outside of grocery stores with dates and time stamps. The photos were taken between Nov. 13 and Nov. 23.

Read the full article at the Washington Examiner.