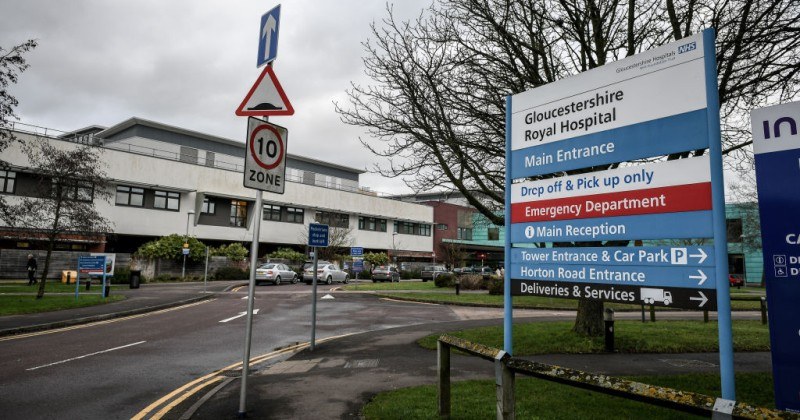 A woman in the UK was arrested by police after she filmed a video inside an almost completely empty hospital and posted it online.

“This is a disgrace…it is so dead…all the people in our country desperately waiting for treatment, cancer treatment heart disease, honestly this is making me so angry,” she states as she films a row of empty waiting chairs.

The woman expressed shock at how quiet the hospital was, saying she expected there to be “a few more people around, there’s absolutely nobody.”

According to reports, a 46-year-old woman was subsequently arrested by police for filming the video and has been charged on suspicion of a public order offence.

“The woman has been bailed to return to police on 21 January, with conditions that she cannot enter any NHS premises or the grounds of any such premises, unless in the case of an emergency or to attend a pre-arranged NHS appointment,” said a statement by Gloucestershire Police.

While the footage shows the inside of the hospital to be virtually empty, UK health authorities have continually asserted that the NHS is at risk of being “overwhelmed” as a result of rising COVID-19 infections.

NHS England says that there are now more COVID-19 patients in hospitals than there were during the April peak of the first wave.

However, public data shows that hospitals are indeed emptier than at this time last year, with beds being at 89% occupancy compared to 95% occupancy in December 2019.

In regions across the country, critical care occupancy rates are also lower than the 3 year average.

Almost all of the emergency Nightingale hospitals that were built at a cost of £220million to handle overflow COVID patients were never used and are now being dismantled.

Many have also questioned why nurses have had time to perform carefully rehearsed and choreographed dances for social media clout, with family members of cancer victims who have been denied treatment complaining about their insensitivity.

Here is the video from the Health Impact News Bitchute Channel:

Shortly after publishing this, a reader commented with a video of the woman being arrested in her home.