The foreign ministers of Australia, the United States, Great Britain and Canada on Sunday jointly expressed “serious concern” about last week’s arrest of 55 democracy activists and supporters in Hong Kong.

As Breitbart News reported, Hong Kong police raided 72 locations and made the arrests in a massive crackdown on pro-democracy advocates.

In an operation involving 1,000 officers, Hong Kong police arrested the activists for “subversion” in an escalation of Beijing’s imposition of a tough security law in the wake of huge and sometimes violent democracy protests in 2019.

The arrests were by far the largest such action taken under a national security law that China imposed on the semi-autonomous territory a little more than six months ago.

“It is clear that the National Security Law is being used to eliminate dissent and opposing political views,” the four foreign ministers said, according to a copy of the statement released by the UK Foreign and Commonwealth Office.

The joint move follows 12 months of pro-democracy upheavals in the former UK territory, acts which have already been attacked by the different signatories to the statement.

Hong Kong’s most prominent pro-democracy advocates were arrested as authorities said last year’s unofficial vote to choose opposition candidates in city elections was part of a plan to “overthrow” the government.

On Thursday, U.S. Secretary of State Mike Pompeo said Washington may sanction those involved in the arrests and will send the U.S. ambassador to the United Nations to visit Taiwan.

“The United States will not stand idly by while the people of Hong Kong suffer under Communist oppression,” Pompeo outlined in a late-night statement.

“The United States will consider sanctions and other restrictions on any and all individuals and entities involved in executing this assault on the Hong Kong people.”

The 55 have not been charged, and all but three have been released on bail pending further investigation. Convictions could disqualify them from running for office. 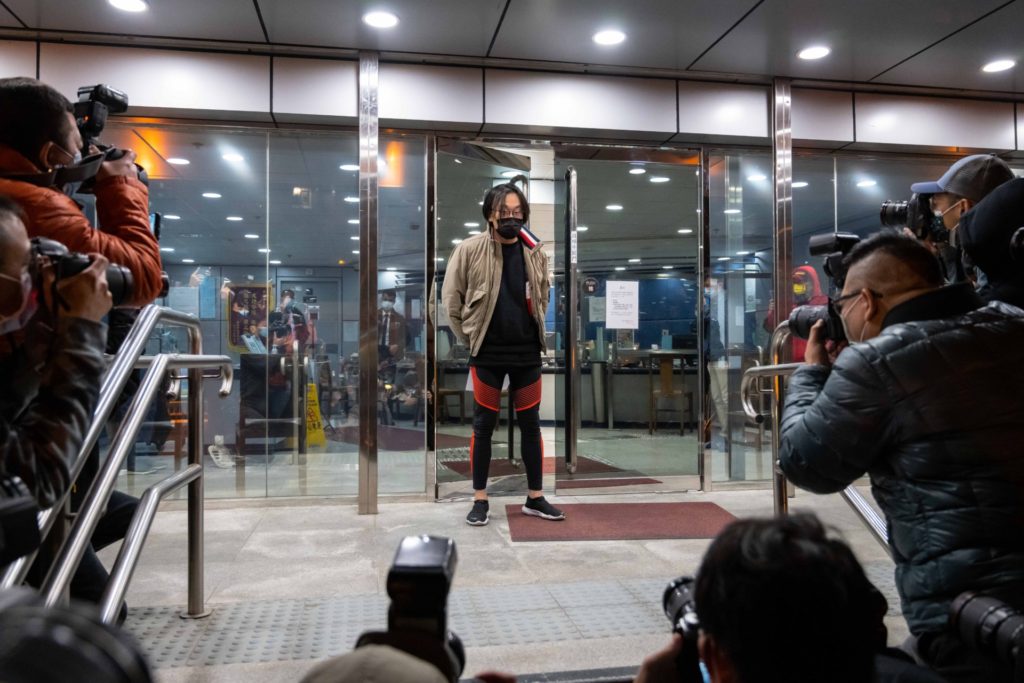 Mike Lam King-nam, who participated in the pro-democracy primary elections, leaves the Ma On Shan police station after being granted bail on January 7, 2021 in Hong Kong, China. More than 50 Hong Kong opposition figures were arrested under the national security law in the largest operation yet against Beijing’s critics, deepening a crackdown sweeping the financial hub. (Billy H.C. Kwok/Getty Images)

The four foreign ministers said the next legislative election should include candidates representing a range of political opinions. Only half the city’s legislature is elected by popular vote.
“We call on the Hong Kong and Chinese central authorities to respect the legally guaranteed rights and freedoms of the people of Hong Kong without fear of arrest and detention,” they wrote.

The statement was signed by Marise Payne of Australia, Francois-Philippe Champagne of Canada, Dominic Raab of the U.K. and Mike Pompeo of the United States.